IGNORE THIS IMPORTANT MESSAGE at all costs!!!!! 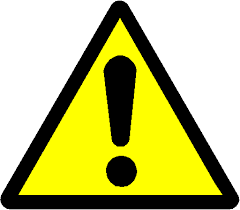 This is a message with no reason and no meaning. it is a message that must be said. It is a message that cannot see the light of day, so read it in the dark, behind closed curtains. When this message reaches you, you will realise that the message I sent to you last time was more important than this message. This message is completely useless. When you have read this message, do not bother to read it, please dispose of it in an environmentally  friendly way. If you do this, this does not mean that this message has a green message, as this message means nothing. It will just mean that when you ignore my suggestion, to not read this daft message, it will not even cause a blip on the earth to cause any damage. Thankyou for ignoring this message.

Its interesting with all the talk of the three R’s: Reduce, Re-use, Recycle, it wasn’t until earlier tonight that I realised the most important thing that needed to be re-used or recycled was my own heart. I had always looked down on myself and my own needs, putting many of them on a back burner, ignoring my own heart. I don’t see myself as a martyr, merely as someone that didn’t value himself very much, pushing others’ needs higher than my own. Often I would wear myself out to the point of breaking and beyond, ignoring warning signs to health issues, both mental and physical.

They say walk a mile in someone’s shoes in order to understand them, but I take size 10 and he takes “nearly” an 8, so that couldn’t work. I see the sparkle in his eyes when he looks at me. I feel his love for me in every word he utters, his caress sends electric shivers across my body.

My heart has found a new use, one that is so intense and amazing that it overflows from me,  and filtering out to others. I see myself through his eyes, and I’m beginning to see myself in a new light. I accept myself and feel complete.

Don’t be settled with second best, hold out for someone that can recycle your feelings and create something new and strong. Go on, you’re special, you deserve it too.

Posted on January 4, 2012 by rhythmtherapy

The WordPress.com stats helper monkeys prepared a 2011 annual report for this blog.

A San Francisco cable car holds 60 people. This blog was viewed about 3,200 times in 2011. If it were a cable car, it would take about 53 trips to carry that many people.

eyePad 2 (pack) easier on the eyes

Posted on December 13, 2011 by rhythmtherapy

It even has its own eye-aps, all designed to stop eye strain.

Nice packaging which contains the eye-pads, two of them… hence….eyePad 2(pack)

Don’t you love playing with words……I DO

Obviously this is purely for a giggle for a friend, not to be sold, re-distributed for any monetary gain. There is no intention to infringe on any copyright laws.

It’s funny how things come to you when it’s needed. I was in the kitchen, thinking of writing another money-saving tip, I was doing the washing, the washing-up, as well as half a dozen other jobs all at once. I was about to put the washed tins and bottles in the recycling, when an idea popped in my head from the past. i can’t remember where the idea originated, probably some children’s programme from years ago.

The empty, clean, plastic milk bottle triggered the memory. With a little bit of scissor-work this could turn into something useful…..”where is Edward Scissorhands when you need him”.

Use some nice sharp kitchen scissors to make a slit in the side of the bottle, take care as the waxy plastic can slip against the scissors without cutting it. Its important here not to be tempted to use your best sewing scissors, as the plastic could well blunt those precision blades. Then insert the scissors and cut at an angle as in the picture.

Make sure you keep the bottle lid on, this will not only strengthen the scoop while you cut it, but will stop anything falling out when using it as a scoop. Finally, once you’ve trimmed and sharp edges, you can always use a little fine sandpaper to remove any sharp bits, your scoop is ready to use.

It is great as a cat litter pooper scooper, or, not using the same one obviously, as a dry pet food scoop.  Depending on the size of the bottle, you could use it for horse pellets too. The small one could be used for flour, sugar or any other baking ingredients.

Something i just realised as I started to write this blog, it can also act as a funnel for whatever you scoop, just tip the funnel back, with the bottle cap over any jar or bowl, and carefully remove the cap, easy!

I took my new scoop to my partners garage, and a good idea too, because unknown to me, that morning he had flattened the scoop that he used for the oil spill soak-up grit……perfect timing, Job done!

I think I’ll make one for a friend of mine that likes gardening, should be good for potting the compost…..without any mess.

Tell me what you use yours for……

Today with the cost of living on the increase almost daily, its easy to miss simple ways we can save money. One area that is extremely costly is motoring. Modern civilization is built around the car. Having one is expensive, not having one is at best awkward, at worst downright impossible.

There are many obvious ways to cut down the costs of running a car. In the UK you could get a small engined car with very low emissions, thereby reducing or in some cases legally avoiding road tax altogether. A smaller engined car can have better fuel economy. A diesel engined car can be more fuel-efficient, but diesel is more expensive in the UK.

Well here are some simple tips to get the most out of your car, while spending as little as possible on fuel.

I’m sure there are other ways to reduce fuel consumption, I hope at least some of these are of help to you.

Well I’m back again with more money saving tips. This time the idea came from my last posting about jars. I absolutely love pickles, and often have a large jar of Gherkins (dill pickles) or pickled onions in the cupboard.

As soon as they are finished, I pour the vinegar away down the sink…..WHY…it’s perfectly good pickling vinegar. I now give it an extra couple of goes before I throw it away.

Clean the jar and fill with the vegetable of your choice, onions, cauliflower, even wild garlic. Strain the vinegar through muslin, to remove the bits and pieces, add mustard seeds and a few cumin seeds for a spicier flavour, and pour over the vegetables in a jar.